How vapor intrusion is discovered and remediated

Despite the threat that they pose, vapor intrusion seems to take a back seat compared to other short-term and long-term contamination remediation of soil and groundwater. What do real estate professionals need to know about vapor intrusion, how it’s monitored and how it’s remediated?

What is vapor intrusion?

Vapor intrusion occurs when volatile contaminants are introduced into indoor air space. The vapors originate from soil, groundwater, sewers, or drain lines found underneath a building. They permeate the concrete slab found underneath the structure in question and make their way into the contained atmosphere. These vapors can cause undesirable health effects or impact a building’s safety.

Vapor intrusion cases are found in both new construction and rehabilitated sites, and can even be caused by groundwater plumes or runoff from adjacent sites introducing unwanted compounds to the site in question. It typically originates from on-site soil, off-site soil, or groundwater contamination issues. The vapors are most often caused by volatile organic compounds; such as chlorinated solvents, gasoline, etc.

Various federal and state authorities, such as the Occupation Safety and Health Administration (OSHA) and the U.S. Environmental Protection Agency (EPA), as well as New Jersey and other states, set standards and limitations for acceptable sub-slab and indoor air quality levels. These levels are routinely monitored as part of ongoing site maintenance after a cleanup is conducted. Requirements may vary from state to state, depending on the regulations set forth by state agencies.

Environmental remediation specialists in New Jersey check for anywhere between 40 and 60 separate contaminants. Vapor intrusion evaluations are required within a certain radius of source areas and often extend to offsite properties. The results are then reported local health departments and the state regulatory agency.

How is vapor intrusion remediated?

A vapor intrusion remediation goes hand-in-hand with cleaning up the source of said vapors. Whether that’s due to volatile organics in the soil or byproducts of dry cleaning found in a groundwater plume, remediation will need to address the root cause of the problem in addition to removing the vapors they’re generating. As the cleanup continues and contaminants are reduced to acceptable or undetectable levels, the vapors dissipate as well.

In addition, vapor intrusion is often remediated with its own set of engineered controls. There are two types of systems designed to mitigate vapor intrusion: active systems and passive systems. An active system is typically installed to address higher vapor concentrations or overcome more challenging sub-slab conditions. An example of a passive system that is a piping system coupled with an impermeable liner that directs vapors from below the slab to the outside of the building. An active system may include a way to mechanically depressurize the area around the concrete slab by attaching a fan or blower to a pipe and extracting out the vapors. Generally, passive remediation solutions are more affordable, while active remediation solutions are more effective.

The solution needs to be in place for as long as the vapor intrusion is detectable inside the space. The end goal is to eventually turn off the engineered control, once vapor intrusion levels are acceptably low. After a system is installed, periodic testing will keep a close eye on the vapors in question. Once the levels are at the desired or legally required low level for a certain time period, the system can be decommissioned.

Vapor intrusion control system long-term operation, maintenance, and monitoring are a difficult-to-manage cost that could go on for years or even decades. At EWMA, we developed the SECUR-IT® post remediation program to provide fixed long-terms costs associated with operation and maintenance of vapor control systems.

The SECUR-IT program provides peace of mind to property owners, so they know they have the tools in place to properly mitigate dangerous vapor levels. The costs of periodic operation, maintenance and monitoring are covered in SECUR-IT. EWMA can design and build a passive system or an active system, depending on your situation, to manage the vapor intrusion risk – all without adding surprise costs. These agreements can be in place for years to come, and they are attached to the property so that way any future owner knows who is responsible for environmental monitoring at the site.

Vapor intrusion can occur long after soil or groundwater is remediated to applicable cleanup standards,or can be present the moment a new development opens. Don’t get caught by surprise. Contact EWMA to discuss with our experts on how to mitigate vapor intrusion through technical and business strategies. 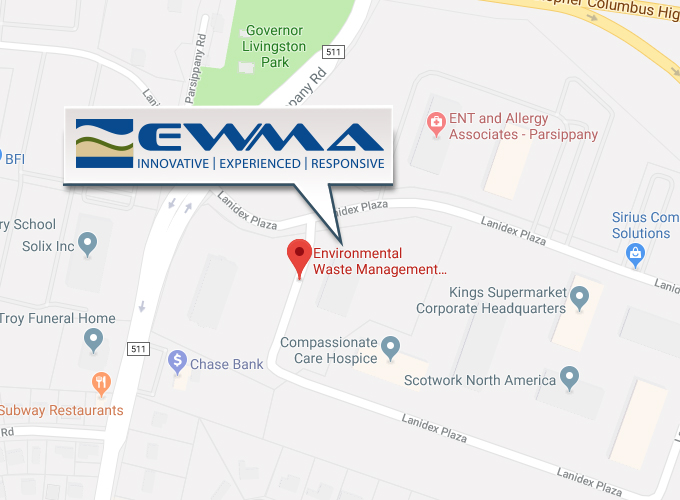