When Co-Mingled Plumes Can Impact Your Project, CSIA May Be The Answer! 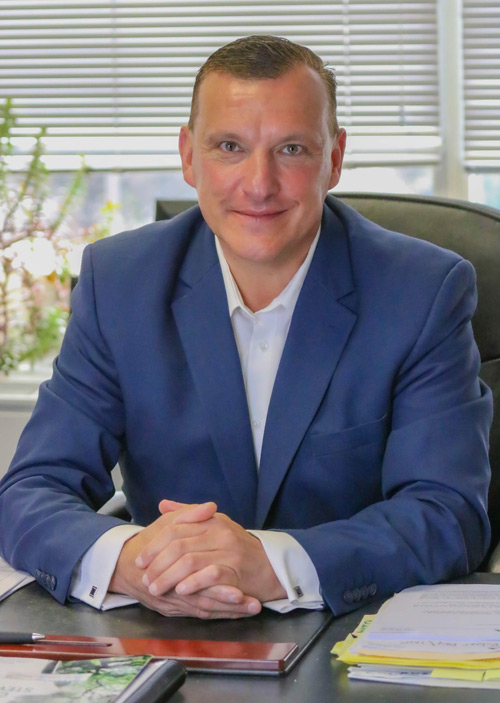 It’s a frustrating scenario that plays out quite frequently in New Jersey: a routine development is challenged by other unknown groundwater contaminants discovered on the site. Whether the property was already undergoing an environmental cleanup or the contaminants are a total surprise, discovery of a groundwater plume can bring a smooth development process to a screeching halt. A routine project can be thrown into the throes of litigation, not to mention unexpected incurred expenses, in an instant.

What is a groundwater plume?

A groundwater plume is a slow-moving concentration of contaminants found in groundwater. This type of groundwater contamination can come from numerous man-made causes, including leaking underground storage tanks, petroleum bulk storage facilities, dry cleaners, and many more. Occasionally, natural substances such as iron or sulfates can dissolve into groundwater, creating a groundwater plume as well.

Groundwater plumes typically travel in the same direction as groundwater. As the water flows, so too does the plume, traveling inch by inch as the force of the water mobilizes its flow. This movement can run the risk of pushing a groundwater plume from one contaminated property to another property with no contamination present, causing a regulatory and financial headache for all properties involved.

How is a groundwater plume discovered?

Oftentimes, a groundwater plume is stumbled upon or accidentally discovered during routine testing. A site with areas of concern that require testing for specific contaminants will immediately send up warning flags if other, stranger substances are present. For example, if a property needs to be tested for gasoline and unrelated dry cleaner chemicals appear, your consultant may have reason to suspect that a groundwater plume is traveling from an upgradient site to yours. Due to NJ’s density and diverse industrial and commercial uses, this is very common to see across many projects.

How do remediation experts determine the source of a groundwater plume?

If additional groundwater contamination is found, it is important that a property owner verifies that he or she is not cleaning up someone else’s groundwater plume. Forensic techniques, including Compound Specific Isotope Analysis (CSIA), can trace where a plume came from. CSIA, for example, analyzes the degradation of certain contaminants to better pinpoint when the substance first appeared and from where.

These scientifically-backed methods identify where the responsibility for cleanup ultimately lies. For example, a commercial property adjacent to a former gas station could detect a groundwater plume containing petroleum, but forensics can quickly pinpoint that the plume came from another nearby property which formerly contained oil tanks.

Even if several of the same contaminants co-mingle across multiple adjacent properties, forensics can pinpoint which contaminant came from which location. For example, three dry cleaners within a two-block radius may be the source of a leak of dry-cleaning fluid. Forensics can be used to figure out which one was the source of the contamination.

Unfortunately, even with these identification methods, there tends to be a lot of finger-pointing once a foreign contaminant is discovered. Whose responsibility is it to clean up the contamination? After all, groundwater does not know property boundaries. Litigation is not uncommon in these scenarios, but a new framework set out by the New Jersey Department of Environmental Protection (NJDEP) can help property owners settle this issue out of court.

What is the NJDEP’s approach to groundwater plume cleanup?

For a long time, the NJDEP did not get involved with these types of conflicts between property owners. However, New Jersey’s history with manufacturing and pollutants meant that groundwater plumes were far more common than anticipated.

According to the NJDEP, property owners are “guilty until proven innocent.” It is assumed the contamination found on a property belongs to that property until proven otherwise. This is a stance they have held consistently over the years. While the owner is not obligated to clean up someone else’s contamination, they still need to go through the expense of proving that the contamination isn’t their responsibility or generated from their site.

How EWMA can determine your responsibility in a groundwater plume cleanup

Upon discovery of a groundwater plume, a property owner should enlist the assistance of an experienced environmental remediation expert to help determine who is ultimately responsible for the cleanup. This process is crucial for limiting the property owner’s liability for a pricey cleanup that may not even be their responsibility to remediate. It’s especially important in a state like New Jersey, where it is entirely possible that multiple properties have contributed to a groundwater plume.

At EWMA, this process utilizes advanced industry tools such as CSIA to trace the origins of multiple contaminants. By measuring their degradation, we can distinguish different plumes, how long they’ve been around, and how far they may have traveled based on how long the chemical has been present in the groundwater. Decades of knowledge and experience inform this process as well, so we can properly analyze and theorize the true source of a groundwater plume.

At EWMA, our goal is to save property owners time and money, and this is the natural first step to saving our clients as much of both as possible. By working to identify who is truly responsible for a groundwater plume cleanup, the matter can be resolved in a timely and cost-effective fashion, and your development can be put back on track. Before remediation activities or actual work starts, EWMA will determine if there is a potential offsite groundwater plume impact that may be affecting your property, before any time and expenses are incurred on your part.

Call Michael Sylvester to learn more about CSIA and other sampling methods relating to offsite groundwater plumes on your property at (973) 560-1400 x 187.